You are here: Home1 / Press 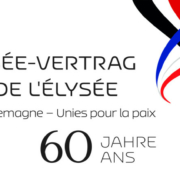 Exactly 60 years ago, German Chancellor Konrad Adenauer and French President Charles De Gaulle signed the Treaty of Friendship in the Élysée Palace. With this agreement, the two neighbors paved the way for a prosperous common future in the heart of Europe after long enmity and wars.

Today, the current German Chancellor Olaf Scholz and President Emmanuel Macron, as well as other politicians and invited guests, met at the Sorbonne University to celebrate this anniversary.

The GFA also celebrates this day, which makes its mission possible, namely to promote and actively shape bilateral research, higher education and industrial relations in the Industry of the Future.

Macron stressed today that Germany and France “cleared the path to reconciliation,” and must therefore “become pioneers to relaunch Europe.” (According to: https://www.dw.com/en/scholz-and-macron-celebrate-60-years-of-elysee-treaty/a-64480184)

It was the same spirit that helped founding the GFA in 2015, when Institut Mines-Télécom (IMT) and the Technical University of Munich (TUM) reacted to the idea of President Macron and former Chancellor Angela Merkel to create a French-German research and innovation network accompanying the digitalization of industry processes focusing on AI, cybersecurity, advanced manufacturing and network cooperation. Since then, the GFA helped develop a total of 30 French-German research projects, directly involving more than 175 researchers, PhD students and engineers as well as more than 30 industrial partners.

The GFA is at the forefront of innovation and will continue it’s mission with a year full of bilateral events, calls-for-projects and other networking activities to support bringing Germany, France and Europe to the cutting edge in the Industry of the Future.

We thank all researchers, companies, network partners and the many people who have helped us in our mission so far and will continue to support us in the future! 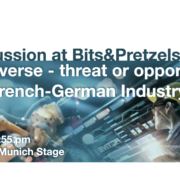 Besides having a booth at Europe’s leading founders festival Bits&Pretzels 2022, the GFA is joining the La French Tech Munich Stage on Sunday September 25 with a panel discussion on “Metaverse – threat or opportunity for the French-German industry?“

When talking about the Metaverse most people immediately think about Facebook and their rebranding to “Meta” in early 2022. And indeed the company announced working on a VR social platform. But that is the keyword, VR or virtual reality! Metaverse is a term that is still vague and complex and can be brought into context with virtual reality, cyberspace and smart spaces, because the Metaverse is still being built and therefor still to be defined in detail. “The Wired” states, that this is because the term doesn’t really refer to any one specific type of technology, but rather a broad (and often speculative) shift in how we interact with technology. And as you may guess, this opens the door to a lot of opportunities and dangers in the process. In our panel discussion we want to share some of these pros and cons to help Germany and France shaping the future of a (European) Metaverse.

Therefore, we invited three wonderful speakers that will join our moderator Paul-Guilhem Meunier (GFA) on stage: 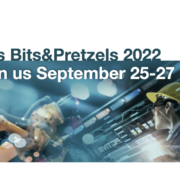 Bits&Pretzels is Europe’s leading founders festival. Once a year founders and enthusiasts from the start-up scene meet in Munich at the festival to find and give inspiration through lectures and network among each other.

The organizers of Bits&Pretzels together with La French Tech have chosen France as the guest country for 2022.

The German-French Academy for the Industry of the Future will this year be part of the festival with a booth and a panel discussion on the “French Tech Munich Stage.

… and look out for our booth at the ecosystem of la French Tech Munich!

The GFA is joining the La French Tech Munich Stage on Sunday September 25 with a panel discussion on “Metaverse – threat or opportunity for the French-German industry?“

For that opportunity we invited three wonderful speakers that will join our moderator Paul-Guilhem Meunier (GFA) on stage: 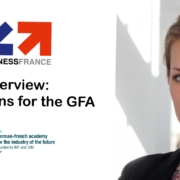 On September 6th, 2022 Business France interviewed Cosima Stocker, project manager and head of industry relations at the GFA. This is a good opportunity to learn more about us and our network that supports Franco-German industrial cooperation in the field of digitalization.

What is the Franco-German Academy for the Industry of the Future?

The Franco-German Academy for the Industry of the Future (GFA) is a strategic partnership to foster close cooperation between two leading European research institutions, the Technical University of Munich (TUM) in Germany and the Institut Mines-Télécom (IMT) in France, thereby strengthening Franco-German relations. The aim of the RIA is to meet the challenges of the increasing digitalization of industrial processes through joint research, teaching and innovation…

French version: https://www.teamfrance-export.fr/grandest/infos-sectorielles/19844/19844-3-questions-a-lacademie-franco-allemande-pour-lindustrie-du-futur?slugSecteur=industrie&codePays=DE (you will have to sign up for free)